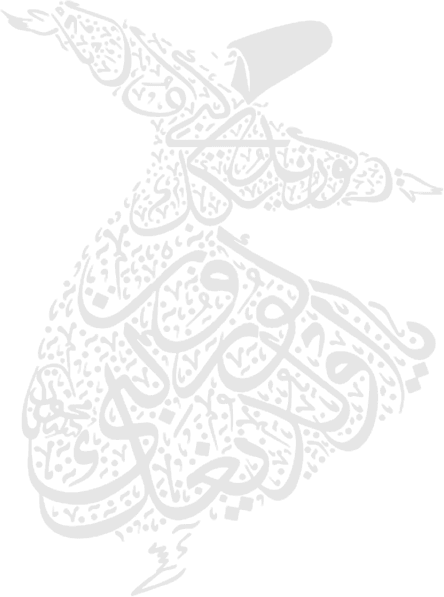 Nothing is ever lost to us, as long as we remember it.

Known for their fairytale-esque wedding videography, The Wedding Filmer is set to launch their own streaming service!

Creator of some of the most beautiful and special wedding films in India, Vishal Punjabi has become synonymous with the entire wedding scene in the country!

Vishal Punjabi and his team at TWF created 'Chal le Chal' in 2015 - a soul-stirring version of 'Dust to Dust' which is the perfect song to play at your wedding!

‘Vekheya’ Will Make Your Hearts Flutter

Here’s the masterpiece that’ll without a doubt make a home in your hearts!

Mayesha & Sheahan’s tale of togetherness truly makes you believe in the power of prayers and the Universe fulfilling them for you!

"As much as I fell in love with the man himself, it was his office-cum-studio that felt so much like home that held my heart."

The Wedding Filmer on CNN

Watch my interview with Rituraj Sharma on CNN about weddings, technology and the importance of having a memory filmed the way we do.

How To Pick The Perfect Wedding Videographer

The real charm is finding a quote or a moment for a feeling – the essence of what binds two people together.

They have been giving us wedding films that are a master weave of heartiest emotions, love, surreally captured moments, and a soul of their own.

38 Questions with The Wedding Filmer

Get an insight into the world of The Wedding Filmer and the man who started it all.

Watch my exclusive interview with Mid-Day India to know how we film weddings and create magic!

As creators of some of the best wedding films in the country, we share our cinematic vision on how to capture your wedding in the most breathtaking way possible

A lot of speculations have been made all over the news about “The Wedding Filmer" shooting the DeepVeer’s wedding.

Wedding Film Of The Decade #Virushka

From planners, to designers, photogrgrapher & videographers; here's everyone who made Anushka & Virat's dreamy wedding a reality.

How To Get The Best Budget-Friendly Wedding Film

If you're tying the knot pretty soon or harbouring dreams of having the perfect wedding, this article is going to come in handy. Happy reading!

"I remember constantly watching this wedding teaser on loop when it came out because it was so perfect."

Exclusive Interview with The Quint

From a table in my bedroom all alone to a team of 60 today, here’s my journey of following my passion and doing what I love!

Everyone craves for the perfect love and when you get it you are the luckiest person on this earth! Here is Bollywood’s cutest jodi Bipasha & Karan.

The Journey To Becoming The Wedding Filmer

Here's how a phone call from Shah Rukh Khan kickstarted the journey for Vishal Punjabi, the man behind The Wedding Filmer.

Watch me talk about what went behind shooting Maheroo, Made In Heaven and YJHD.

Team work makes the dream work. Watch this interview with E24 and know more about how we capture moments.

Peer Vi Tu Is Finally Out

There’s love, laughter, joy, tears and all the other emotions one experiences at their wedding.

Watch the video on Youtu...

A Wedding That Will Take Your Breath Away!

Don't miss out on our stunning bride sing her heart out while her groom played the piano!

The video tells the story of how Raphael, from France, met his bride Ivy, from India, thanks to the help of their pets. Enjoy!

This Is How You Want Your Wedding Filmed

We've been on the lookout for creative and fresh ways to make the big Indian wedding better, and Vishal Punjabi is an indie filmmaker you should know about

The much-awaited soundtrack is finally out and it's truly mesmerising! Devangi Chopra's voice is all the magic that's needed to make any wedding special.

Vishal Punjabi Answers All A Bride Needs To Know

Vishal Punjabi answers the questions on every bride & groom's mind before picking their wedding videographer.

How To Shoot The Perfect Wedding FIlm

We all want our wedding day to be one of the most special days of our life.

Made in Heaven inspired by TWF

The idea came about when Zoya Akhtar and Reema Kagti saw videos of India's best wedding videographers, The Wedding Filmer.

With the soulful voice of Susha, powerful composition of Kingshuk and compelling lyrics by Vishwa - Bandhamey, a new Telugu wedding song.

How Sweet It Is By Rohan Singh
After a few soulful tunes of Vekheya, we would like to re-present the same couple with a new song, only this time the singer is the groom himself! 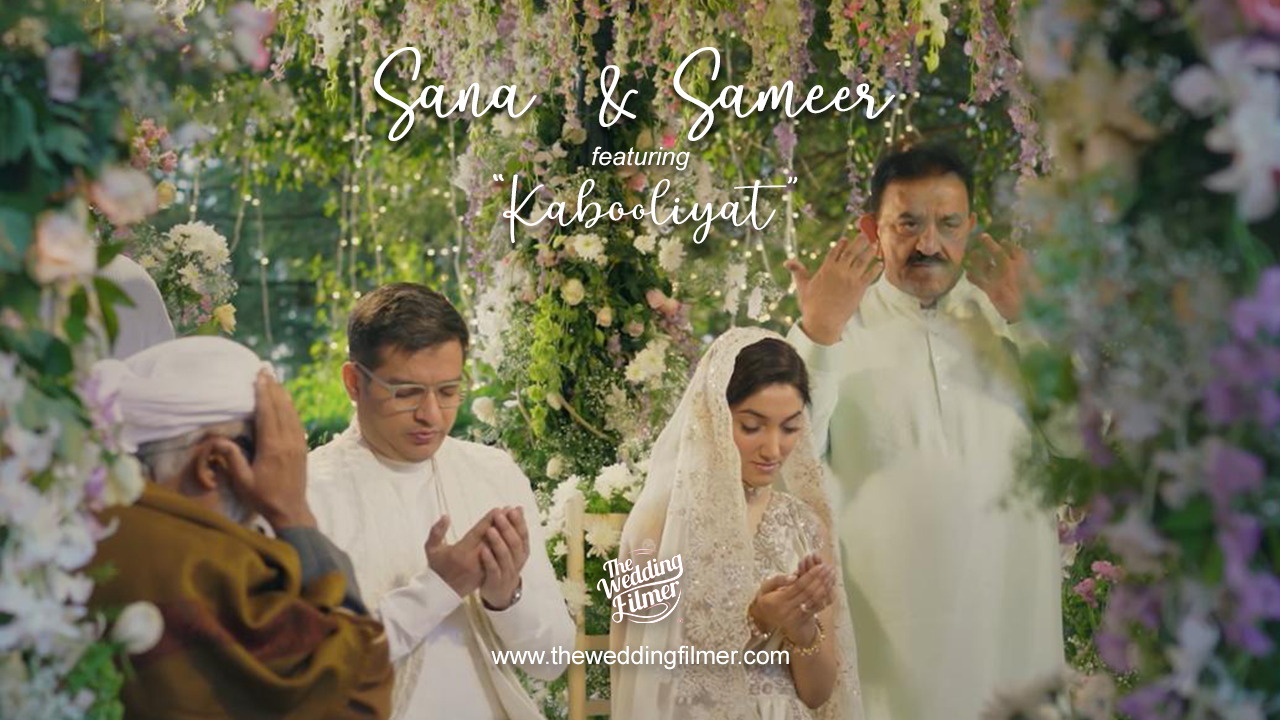 I spy with my little eye something beautiful beginning with S! Sana, Sameer, Shaadi Squad, Shimla, Sam & Ekta, Sony, Sufi Song!
What else can you spot? 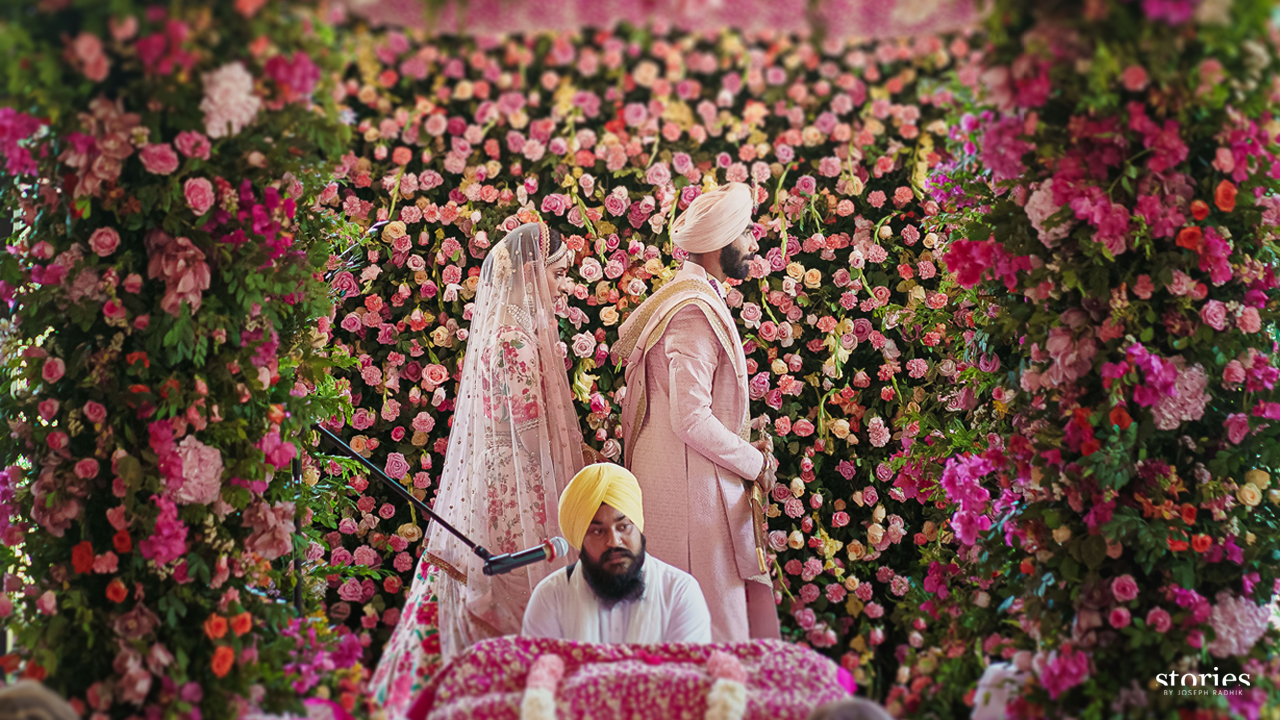 “Why are you marrying her?” I asked, “Because, she is my world now.“ he said. 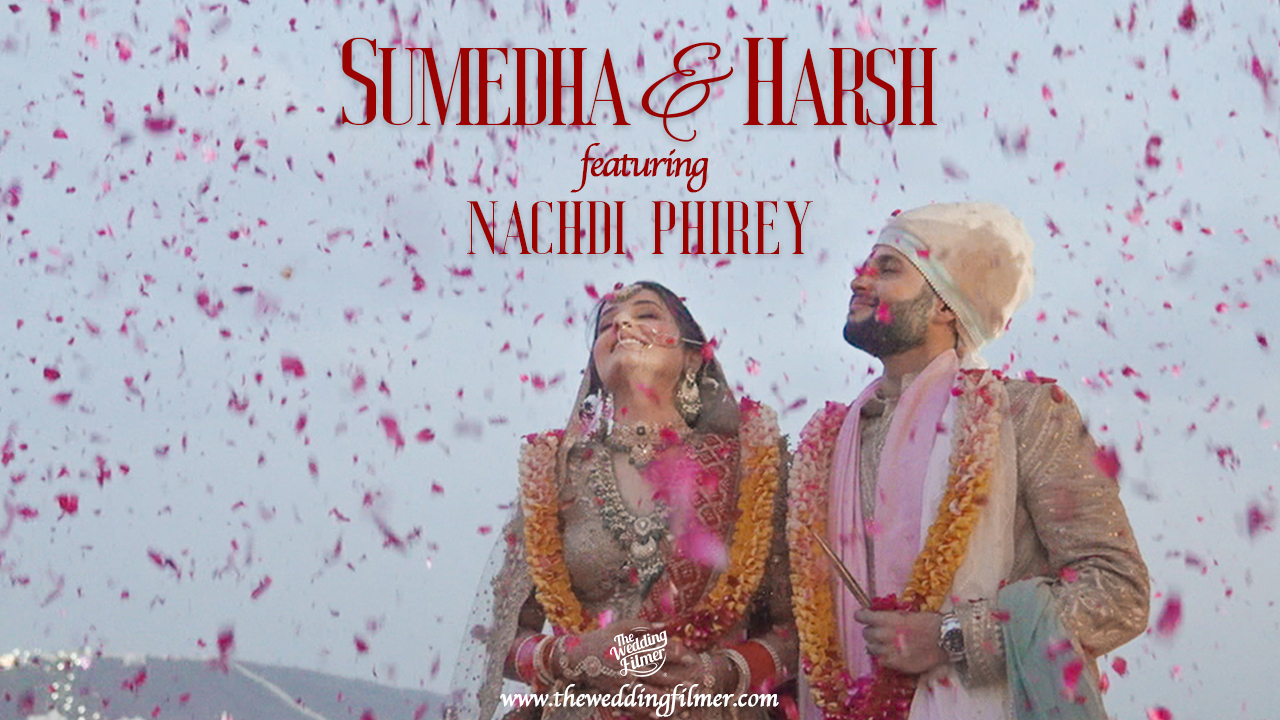 How life can change!

From strangers to friends,

Then friends into lovers. 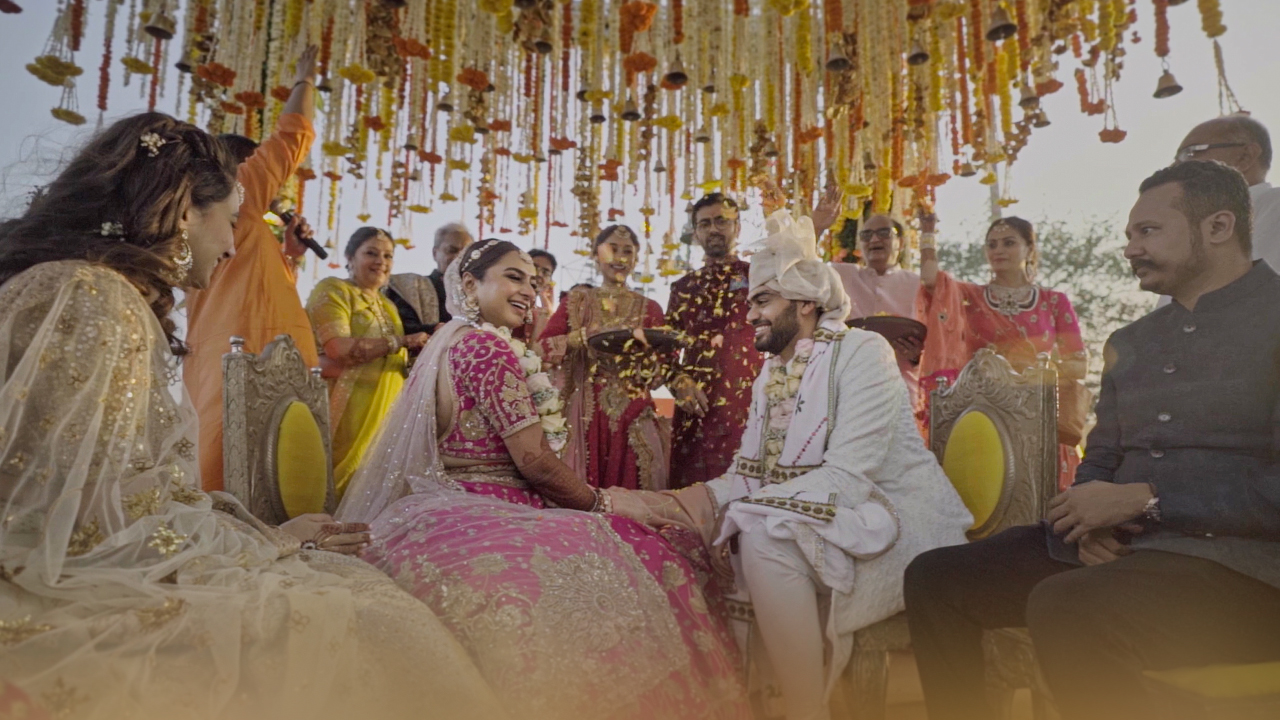 It’s easy to fall in love. But to nurture it and sustain it over the years requires superhuman strength. 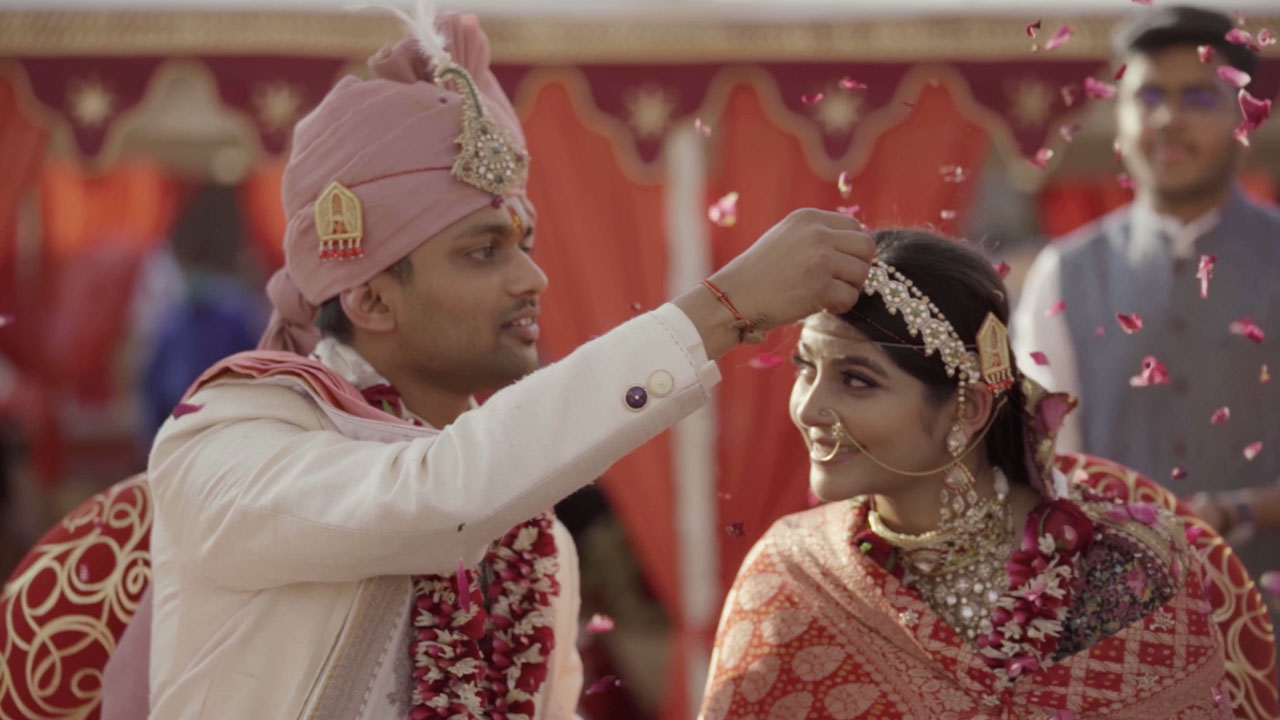 Our life is a culmination of the small moments that make our destiny. Varsha found Harshit in the same way!
He made her happy in ways she’d always dreamt about and she sang a beautiful song at their wedding to tell him what he means to her.
Presenting, ‘Tum Mere Hue’ by Varsha Jain. 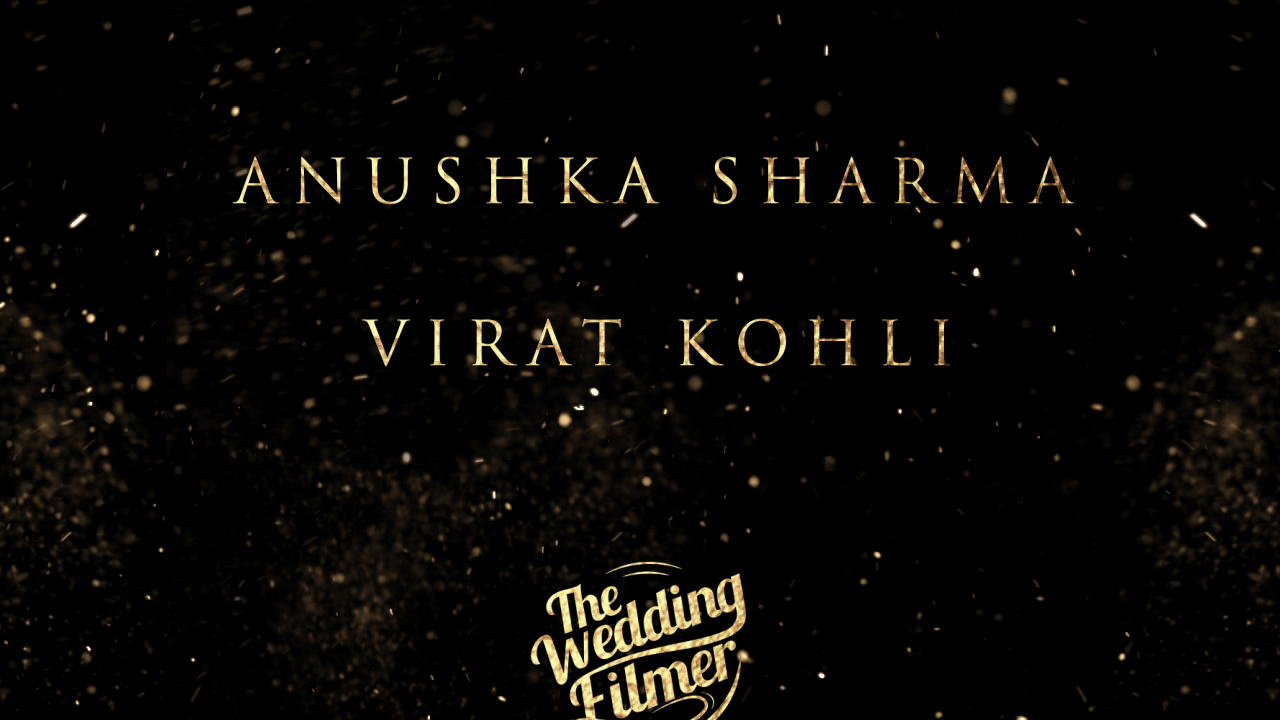 "Anushka and Virat taught me the difference between hope and expectation. Thank you from the bottom of my heart for making us feel so much pride. Thank you for the respect you have shown all of us. You already know how I feel." - Vishal Punjabi.

To know more about this video and how it was made, visit our blog.
https://www.theweddingfilmer.com/blog/anushka-virats-wedding-video/ 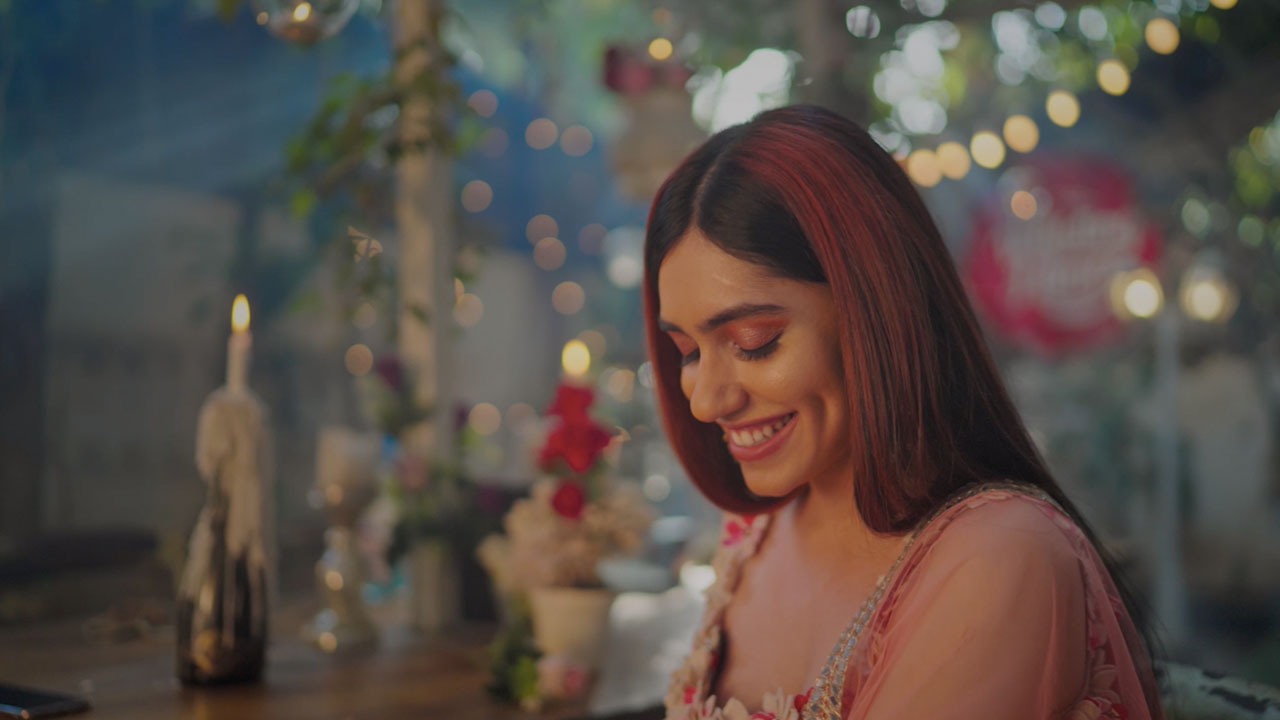 When a wedding is so beautiful that one edit simply won’t do. Don’t miss Avinay’s Batman kurta made by his wife! Akanksha also designed Devangi’s outfit, which kind of matches her Mehndi outfit.
I wanted to film Devangi’s bits by the beach (I don’t know what I was thinking, considering we live in Populous Bombay! At 5:30am it was as crowded as a train station!)

Very quickly we changed the location to The Wedding Filmer studio and realised there’s no place like home when it’s so early in the morning!