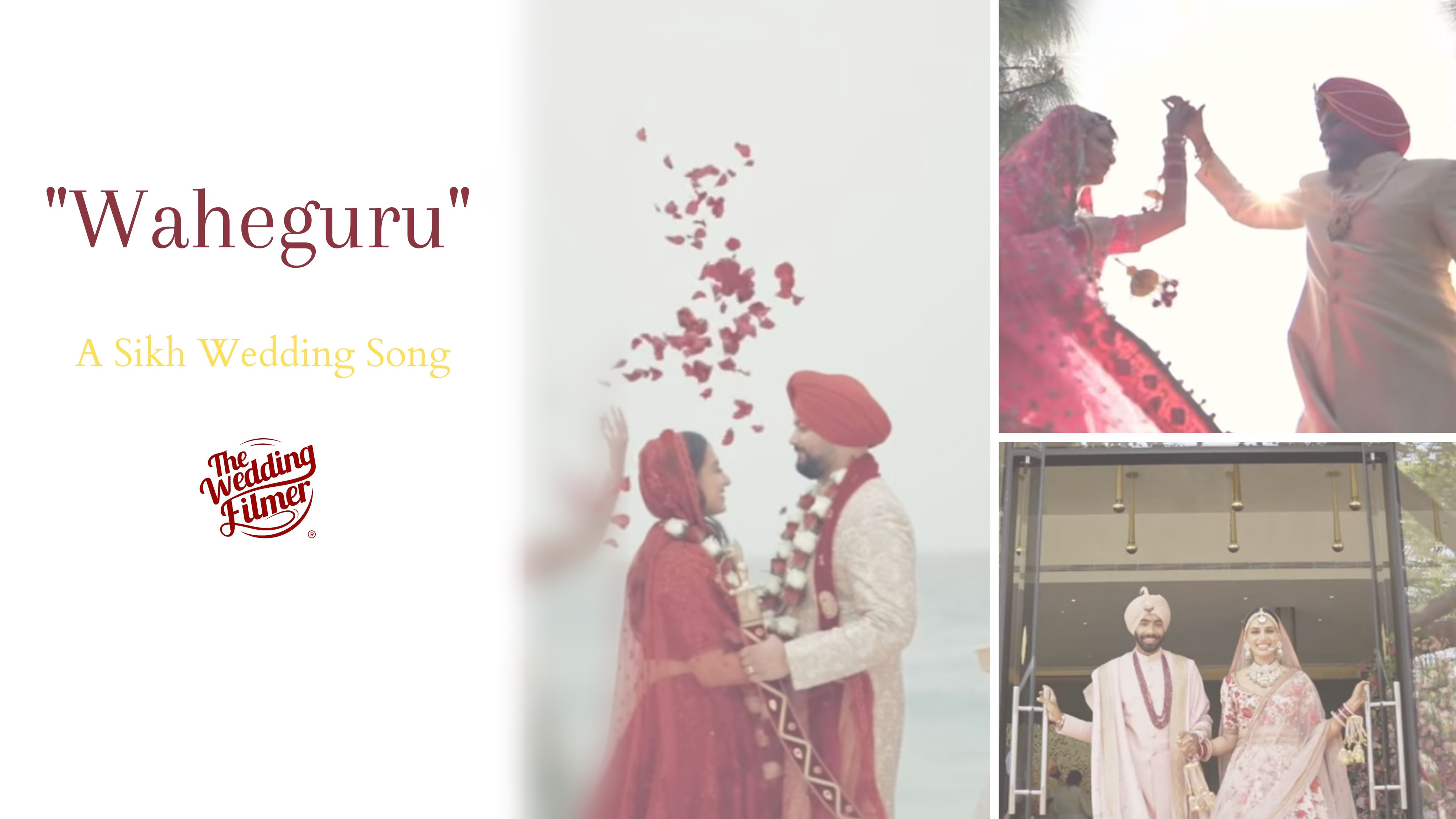 A Sikh wedding (Anand Karaj) revolves around music. 4 Gyanis sing devotional songs and read from the Guru Granth Sahib Ji, beginning with an ‘Ardaas’, followed by the ‘Palle’, then the ‘Lavan’ the second ‘Ardaas’ and finally, ‘Vadaaiyaan’.

Keeping these rituals in mind, I had a good sense of how it will flow and combine that with Kingshuk’s music skills and you have Waheguru. This composition is a representation of the simplicity of a Sikh wedding, which is what makes it all the more beautiful to witness.

“The most beautiful thing about a Sikh wedding is that everyone is seated. Their focus and energy is on one and only one goal, there is one truth and that is God. In front of God and truth, you are proclaiming your love to your spouse.”

Ik Onkar, satnam,
There is only one God. His name is true

Gur parsaad. Jap.
By the Guru’s grace, He is realised. Meditate on His name.

Aad sach
He has been true since time began

Jugaad sach
He has been true since ages

Moh rakhiyo
Keep me in remembrance

Je banna puriya para
Even after they attain the world

Ke ve sach yaara hoi aye
How can we be true