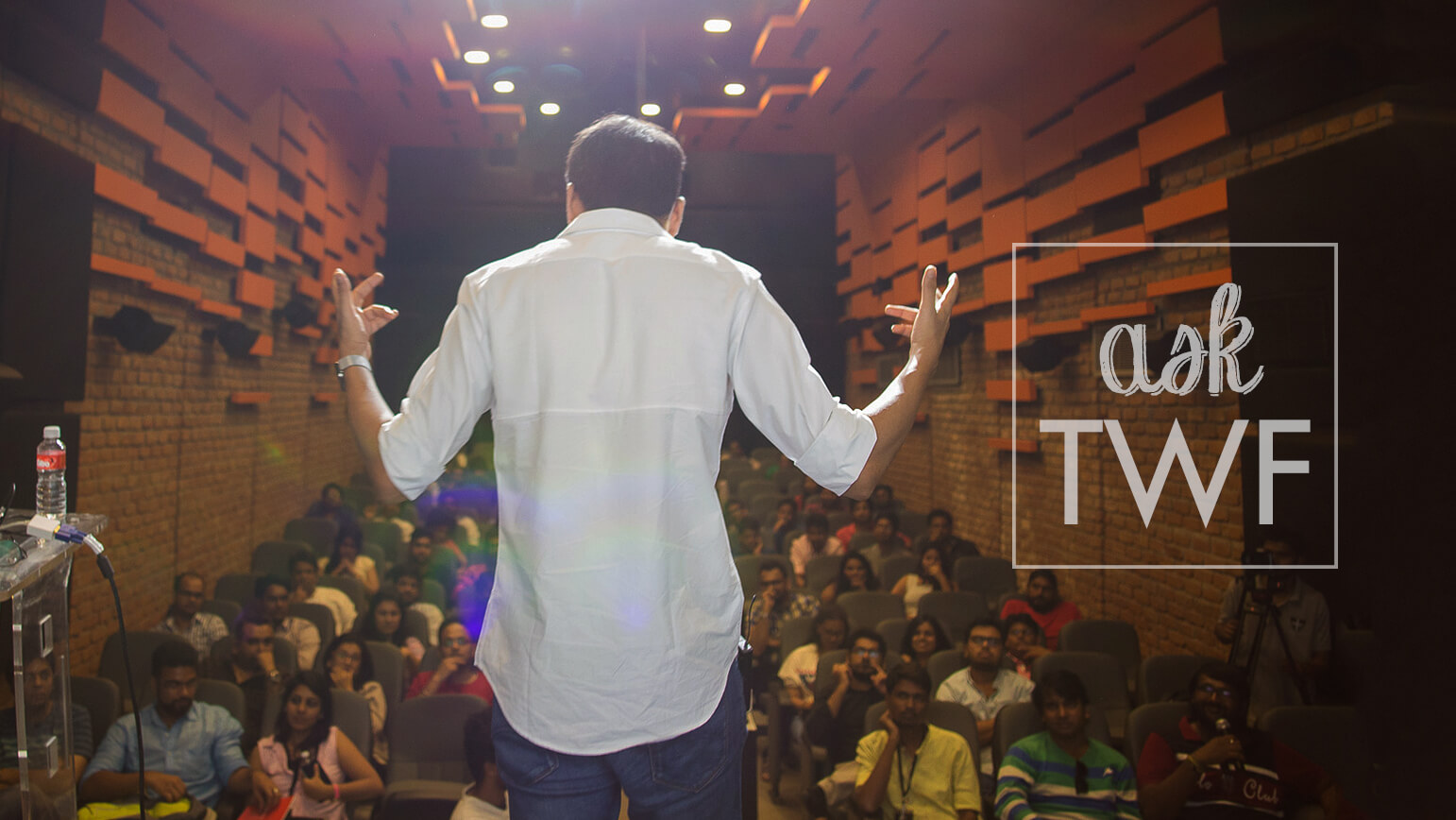 While the wedding season is at its peak and we are living out of a suitcase with back to back shoots and deadlines, we felt it was only apt if we do another edition of AskTWF now to help our fellow artists and filmmakers deliver beautiful films for the weddings that we can’t. We received a lot of interesting questions and answered below are some of the most popular ones:

Can you please tell us about your song selection process (for background music). What do you exactly look for in a song? Or is the choice based on your instincts?
Question by Karan Chawla

A lot of thought goes into making a film magical from our end. Music goes straight through the emotional vein and deepens every experience; it makes everything have more spiritual resonance. Selecting the right music has to have a certain approach to it. You must remember what kind of songs played at the wedding, the mood of the family during that event, what you want your audience to feel when they watch it; the pace of your scene, whether it is hectic, calm, serene or constantly rising; the mood of the scene in terms of a build-up or a crescendo, or if it contemplates at what lies ahead. After stringing all these things together is when you’d know what you want to say and that’s when you look for a song that envelopes this emotion. Finding the right music that captures this lightning in a bottle becomes vital for something personal like a wedding film because it holds the power to add a narrative dimension.

Do check out our ‘What’s on my iPod’ series on the blog to be regularly updated with what we’re listening to at the studio.

Can good wedding films be shot completely hand-held and with a tripod? Or is expensive equipment a necessity?
Question by Punit Bhandari

Nowadays most cameras that are adapted for filming weddings come with a 5-axis optical stabilization. For example, Sony A7S II, Sony A6300, Sony RX100, etc. This allows you to shoot handheld with very small cameras and be as inconspicuous as possible. It also rules out the big expensive film cameras and tripods, gimbals and grips which were required for stable shots.

Watch our review of the Sony A6300 to get a better perspective on this:

How do you get clientele to pay such high amount i.e what I’ve gathered is that you charge 5 million Indian rupees per wedding? How do you counter people who go try to bring you down in a negotiation, or say that you’re too expensive?
Question by Ali Hashim Baloch

We do not charge INR 5 million for weddings. Here’s what our costs look like:
https://www.theweddingfilmer.com/faq-2.htm
Since we bring some of the best talent from across the world to capture and edit the wedding films, the costs do become non-negotiable at some point. But that said, no two weddings are the same and the cost could be lesser or higher depending on the logistics of the wedding.

Is there any major difference between FCP and Adobe Pr while editing?
Question by Deepak Dhingra
(answered by Vijay, head editor at The Wedding Filmer)

Yes, there is. If you’re editing on FCP 7, you can’t use raw footage i.e. MTS or H.264 formats whereas on Premiere, you can directly import them to the project and start editing. Although this is possible on FCP X, the reason we don’t use it is because it has a magnetic timeline and also does not provide an OMF for sound; which Adobe Premiere does.

When did you realize that TWF has become a brand? Share some incidence with us.
Question by Lokesh Mahajan

After Devrath and Kanika’s film ‘Heartbeats’ became popular on the internet, they became mini online celebrities and everywhere they’d go, they would get accosted by people or be given free favors just because they were ‘the couple who got married in that video’ they saw online. It continues happening till date but it was then that I realized The Wedding Filmer has become a known brand. And I must add that it is the most rewarding feeling ever. 🙂

If you have any more questions, write to us and we will answer them in the next one.