The first thing I learnt about courting a girl was from my music teacher in kindergarten. I had a little crush on Momo Ting, I would look at her and sing Harry Belafonte’s ‘Jamaican Farewell’ as Mr. Morgan banged on his piano. After the recital, he called me up front and whispered in my ear, “Good music taste is a very rare trait in boys like you”. Thus, began my journey of discovery.

My music taste ranges from “You need to listen to this, like, right now!” to “Please don’t judge me!”. My iPod is filled with Bollywood classics I remember listening to in dad’s pickup truck, love songs I have tried strumming along to (in order to serenade my latest love), mum’s heartbreak songs and my sister’s 80’s & 90’s pop tracks! I cleaned all of dad’s records with soap and discovered Simon & Garfunkel’s timeless “Bookend’s Theme” and it was through mixed tapes that I discovered Simply Red’s “Stars” and Chris Isaak’s “Wicked Games”.

Call it blame or call it credit, but they go to my mother. The first song I remember singing along to at home was Sue Thompson’s “Sad Movies, Always Make Me Cry!” and it was the first time I felt my heart squeeze a little and it hasn’t stopped since. What came first? The music or the misery? People worry about kids playing with guns, or watching violent videos, but nobody worries about kids listening to thousands of songs about heartbreak, rejection, pain, misery, loneliness and loss.

I believe that songs have a very magical way of finding me, almost always at the time that I need them the most (I just have to be close to the speaker). If I heard a song I liked, I would note it down and look for it in every music shop, friend’s shelf, or my girlfriend’s glove compartment. From records I shifted to my prized boombox and then my faithful walkman strolled into my life. I never got onto portable CD players. I jumped straight into the 1st generation iPod. And then came the internet.

Today there are a million ways to find music. Advertising, iTunes, Amazon Music, Google Play, Rhythm House, Planet M, Youtube and social media exposes you to more music than you can ever listen to in this lifetime. It’s about finding the needle in the haystack. Good taste in music can’t be taught. You either have rhythm or you don’t. Playing an instrument has an advantage and being able to feel goosebumps when lyrics or a melody touches you is a blessing. Bask in it when it hits you.

Watching movies and TV shows is not a waste of time if you make movies for a living. It’s work 🙂 That’s the best part! I always sit with a notepad and pen and list the songs at the end of the movie. I understand and read about the song supervisor of the film and try and get into their heads to understand how they approached a scene and why they chose a certain song. Link emotion to instruments and you have an orchestra tugging at heart strings. This is the task of the master conductor, to make people feel when you want them to (Muahaha). Until then, here is a little help from me.

The Civil Wars – Dust to Dust 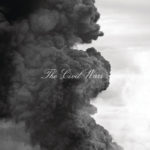 When I heard this song for the first time, I felt it was an anthem for the lonely in love. The instrumental break opens up the doors and windows to let the evening breeze in, affecting you in a way not expected. So much so we recorded a cover of it in Hindi with Devangi Chopra. 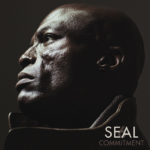 From the album Commitment, “Secret” is the album’s first single. It was released in the UK on 12 September 2010, where it reached number 82. I first heard it on the billboard charts and used it in my first ever wedding film, just when the bride walked in. It was kind of clandestine, their relationship, so the song fitted in beautifully. Besides, there is something timeless about Seal.

The Pogues – Love You Till The End 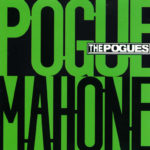 Pogue Mahone (Gaelic for “kiss my arse”) is the seventh and final studio album from lauded progressive Irish folk pioneers, The Pogues, and the previously unreleased track is perfect for a wedding. It swells with nostalgic guitar and has a steady beat and growth to it. The lyrics say it all. 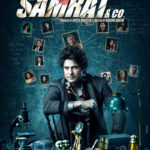 A beautiful, melodious song composed by Mithoon, sung by Chinmayi & Arijit Singh, Shukr Tera lyrics are penned by Mithoon himself. It is rare to find a Hindi film song so delicately composed and written with the sole purpose of expressing gratitude for being in love. It works every time. For a daughter to her family and from a girl to a boy. 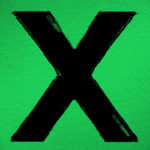 “Photograph” is a song recorded by the English singer-songwriter, Ed Sheeran, for his second studio album, X (2014). Sheeran wrote the song with Snow Patrol member, Johnny McDaid, which is why it doesn’t surprise me when the song tugs at my heartstrings so resolutely. This haunting song crept on me. With its opening line, “Loving can hurt sometimes, but it’s the only thing I know”, making it for me one of Sheeran’s more simplistically beautiful songs. With visually descriptive lyrics, it discusses a long-distance relationship inspired by Sheeran’s own experience of being away from his then-girlfriend while he was on tour, but put it on a mehendi timeline and you will see the mood and lyrics change to suit the scene of two families creating memories so precious, that they would never want it to fade away.

Awolnation – All I Need 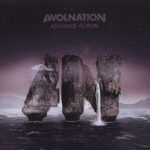 Released at the end of their first studio album back in 2011, Megalithic Symphony, All I need is a swelling celebratory song with lyrics that grow like a chant at a wedding by an emotive dystopian choir. The foot-tapping groove helps to lift the mood, creating a sea of smiling faces and a satisfying visual. Sometimes, good music is really all you need. 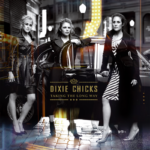 When a girl says to a boy.. “How long do you want to be loved? Is forever enough? Cause I’m never ever giving you up”… It changes his life in a very big way (even more because she says never ever!). The Dixie Chicks album, Taking The Long Way, is a very listenable compilation of songs, with great harmonies, good writing skills and beautiful melodies. Featured on a season finale of Grey’s Anatomy, which is where I heard and Shazamed it, Lullaby is a very pretty and calming love song with a very simple arrangement. I used it over the first ever Korean wedding I shot when the bride was walking down the aisle, as her flower girl led her with a string quartet swaying inside.

The Freelance Hellraiser – Want You To Know 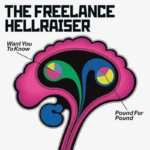 ‘Want You To Know’ is based heavily upon a song of the same name by Chicago’s 60s psychedelic soul outfit Rotary Connection. Just as with the original, the track opens with a clean guitar and vocal sample before the relaxed drumbeat comes in, and the whole track hits an early gospel-choir crescendo and spends a minute or two winding back down again. Whilst the sampled original song was slow and repetitive, citing over and over “I want you to know, you made me happy. I want you to know, you made me sad” and “you are the best thing that I ever had”, there is plenty of soul in the cover’s ambience.

Jason Mraz – I Won’t Give Up 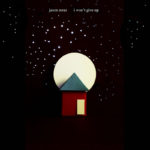 The acoustic folk ballad was written during Mraz’s activist outings and discusses not giving up on loving someone, loving oneself or one’s dreams. It received mostly positive reviews from music critics, who agreed that the song is straightforward, emotional and inspiring. Mraz explained the track, in a “track-by-track” commentary for Billboard: “‘I Won’t Give Up’ was written selfishly. As many of my songs are, I write for the purpose of understanding what the hell’s going on in my life, my position in the world, processing that lesson and that miracle that I’m learning. Seeing it on the page, proving to myself that I understand the lesson, that I’m applying it to my life, and that I can move on. Ultimately it was about, you know, regardless of what happens in this relationship, I don’t have to give up on loving this person, or loving myself, or give up on whatever my dreams are. Even though it’s written through the filter of relationships, it’s not necessarily specific for relationships. For me, the true meaning exists in the bridge saying ‘I don’t want to be someone who walks away so easily, I’m here to stay and make a difference.’ That is for all of us. We all have something that we’re fighting for or that we’re striving for. Whether we want to make a film or lose five pounds in a month, whatever it is, there’s nothing too small worth fighting for and there’s nothing too big worth going after.” 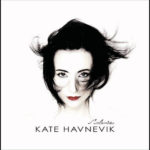 This Norwegian born, UK resident’s voice is a breathtaking combination of Enya, The Corrs & The Cranberries. The producer of the song has worked with artists like Bjork, Madonna & Frou Frou which is what makes Kaleidoscope as special as it is. She doesn’t have the immediate song hooks of someone like Dido, instead her songs focus more on atmosphere. “Kaleidoscope” doesn’t have a traditional chorus, it’s just her repeating “In your kaleidoscope… kaleidoscope… kaleidoscope, I let go.” but this simple chorus is mixed with a more traditional verse and driving instrumental backing to create a fantastic single. That track really stands out, and would fit perfectly on a wedding look back playlist.