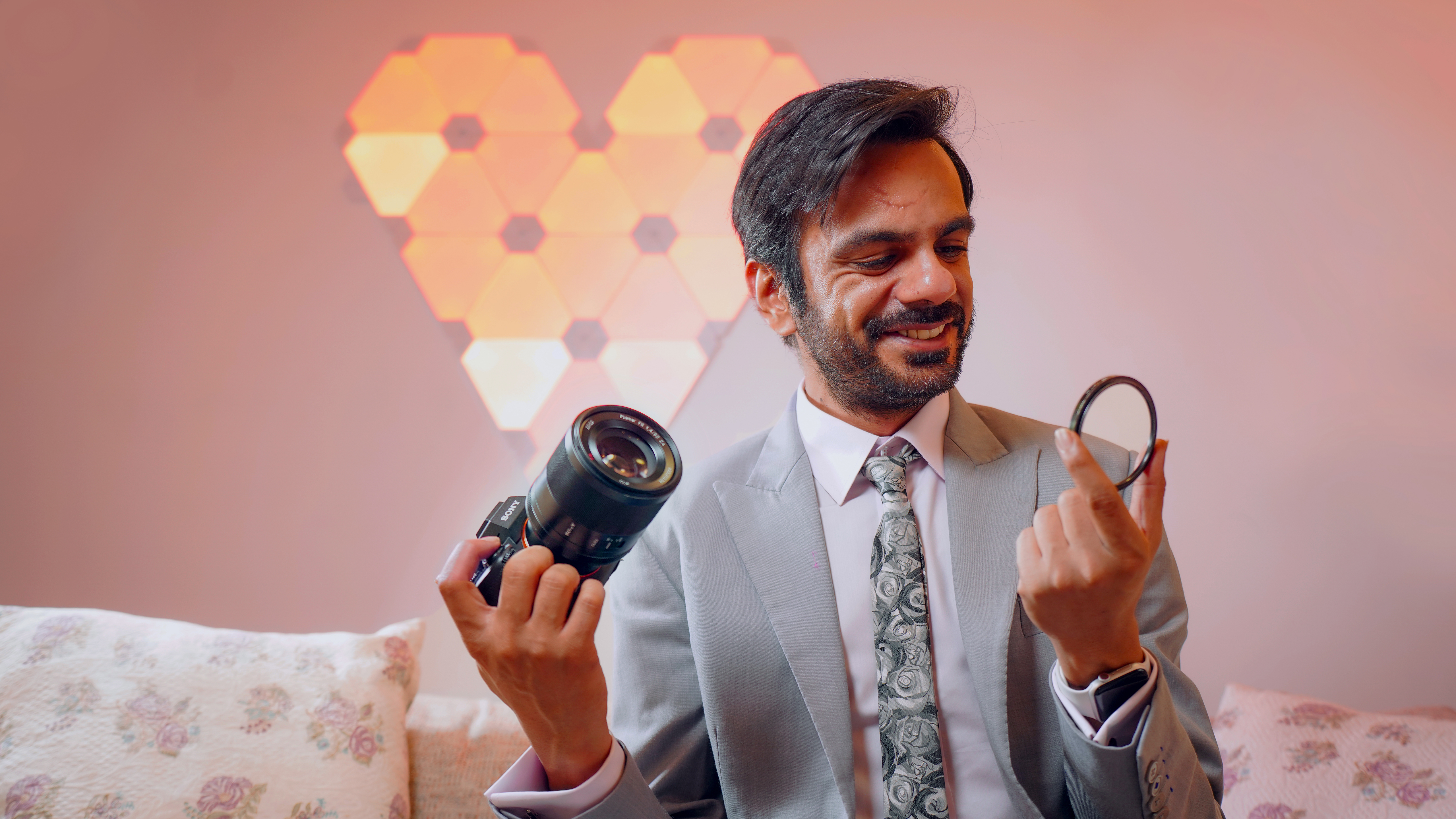 My Journey with Sony

When I started The Wedding Filmer in 2010, Sony was not in the market as the first choice for videographers. My relationship with Sony began 7 years ago and there has been no looking back ever since.

Sony have sought to constantly reinvent themselves and adapted their features to best suit videographers in the wedding space. Every year we meet with their tech team from Japan and discuss what makes our work better and fields for improvement. The fact that they foster a team that is constantly listening to its consumers and making their product better is the entire reason I would never turn to any other camera company.

This isn’t just about brand loyalty. There are many reasons to look to Sony.

Sony are currently making the best mirrorless cameras in my opinion, they are light and designed to fit perfectly in your hands which helps when you’re shooting long hours and back to back ceremonies as we do at Indian weddings. Ever since Sony started making their own lenses, the amount of gear we now need to pack for each wedding has reduced by half!

When you’re filming an important moment at a ceremony, every second counts. All Sony cameras are built for E-mount lenses giving them the one mount advantage, for us that means no time wasted while changing lenses and our precious packing space on adaptor mounts. Their full range of E-mount lenses mean we seamlessly change lenses and the speed of the G Master lenses allows us to mimic visuals that feel like the movies. Added to this the low light capability of the Sony cameras allows us to film in less than ideal lighting conditions and get great footage of even dimly lit events like after parties! When you’re confronted with a situation that is hard to get too close to, the flexible screen allows you to adjust it just so you never have to shoot blind again.

I often shoot on a steady cam and the Eye AF feature allows for every special moment to be filmed in perfect focus. The only challenge with this feature is attempting to use it in low light conditions. If the camera is unable to detect the eyes it will focus on the face, in dim lighting this can sometimes pose to be a problem.

My other favourite is the slow motion feature on the Sony cameras. If you’re using it on the Alpha series you can easily turn to the S&Q on the camera for more drama and flare. Do keep in mind that when filming S&Q you’re not recording any sound. So don’t forget to shift back to normal shoot mode if you are shooting speeches or interviews right after – learn from our mistakes! The S&Q feature on the FS series comes with an added advantage- the end trigger. This way you can shoot the exact moment you want to slow down after it occurs! That saves so much time in postproduction, not having to go through hours of slow footage to find that one perfect shot.

Sony’s function buttons that can be personalised to individual preference allows for you to keep features you frequently use at your fingertips. I can easily switch from FF to APSC in a matter of seconds allowing me to get two magnifications with the press of a button without so much as changing a lens.

For all those that film or photograph weddings, you know that often the window to capture a magical moment is just a few seconds. With Sony in my hand I feel confident that we can keep pushing the envelope and striving for the best.